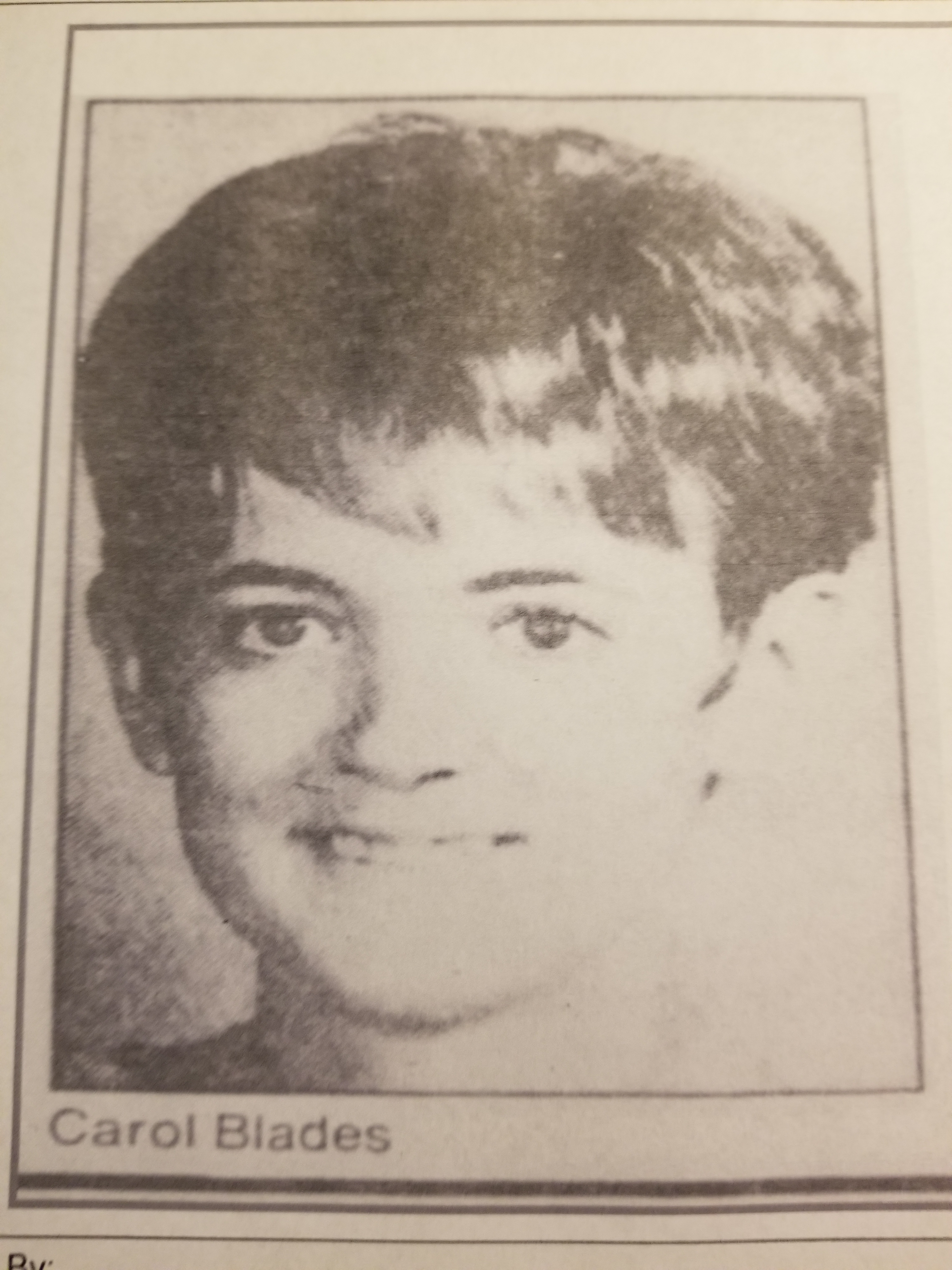 1969 would change the face of rural Nixa, Missouri forever. Nixa was a small town in Christian County that boasted a low crime rate. The county sheriff was known as an enforcer and no one wanted to be caught breaking the law in Buff Lamb’s territory. So, when a quiet little housewife disappeared from the local laundromat it really caused a stir. Nearly fifty years later and the case is still unsolved.

December 15, 1969, Carol Blades was on her way to do some laundry at the laundromat in Nixa. Her husband came home from his night shift and went straight to bed never knowing that he wouldn’t see his lovely blond-headed wife again. The 20-yr-old woman dropped her clothes off and had a habit of visiting her cousin, Sue Horton who lived nearby. Today Sue wouldn’t see her cousin and when Larry Blades called to ask about his wife that evening, Sue knew something had gone terribly wrong.
The police were called in and Sherriff Lamb was the lead investigator. His team of three men looked around the laundromat. Their search extended a mere five miles before Lamb came to the conclusion that Carol had simply run off. Her car was later found on the side of HWY 160 a mere quarter of a mile away. The car had been driven hard. There was mud on the windshield, scrapes down the side of the doors, and oil was splashed all over the oil pan. Carol was nowhere around, and the car keys were missing. They would be found later in the large field that separated the highway from the laundromat.
Much to the aggravation of family members, the car was left unlocked by the side of the road for days before taken to the police station. Then it was again left unlocked in the parking lot. It sat there so long that passersby would leave “wash me” notes on it not realizing they were tainting evidence in a murder case.
Three people saw a man park the car and run across the field towards the laundromat. They claim he had his jacket up over his head but ran into some bushes and dropped the covering allowing the witnesses to get a good look at him. In a small rural community of approximately 800, they claimed they hadn’t seen the man before.
It would be over a year before the remains of Carol Blades were found. A farmer was out looking for his cattle on Christmas day 1970 when he stumbled upon the skeletal remains of the once vibrant young woman. His 200-acre farm was just south of Nixa in Ponce. The Stone County sheriff and his team were called to the scene and the Christian County team was brought in to assist.
Lamb began to immediately blame Larry Blades, but the distraught husband passed two lie detector tests and was eventually cleared as a suspect. The shenanigans would continue to the point that some people wondered if Buff Lamb knew more about the case than he let on. At one point the sheriff was even named a suspect.
Buff Lamb died in 2001 amid controversy. His tough tactics earned him a ruthless reputation from some and a no-nonsense lawman from others. It has been almost 50 years since Carol Blades went missing and we still have no answers. Perhaps someone will come forward with a tip, but as a long-time resident told me, “Be careful with this one sis. There’s snakes in them woods.”
If you have any information regarding this case no matter how big or small, please contact the Christian County Sherriff’s office at (417) 582-5350. Don’t let past intimidations keep you from doing the right thing. I have been reassured that this case is still being actively investigated even though it’s been cold a long time. Christian County hasn’t forgotten Carol Blades.

Self-Defense for Women: Fight Back

Street Smart Self Defense For Women – The Core Program