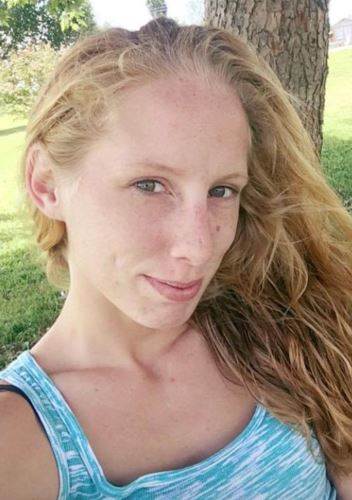 Samantha Sperry, 25 spent the evening of Tuesday, March 27, 2018, with friends. According to witness statements, Samantha and her boyfriend’s father, Dusty went for an ATV ride through the wooded area. Dusty stumbled out of the woods the next morning alone. Samantha hasn’t been seen since. What happened to this young mother? Why did her boyfriend leave her there and go back to her house to spend the night?

The timeline, in this case, is a bit skewed. The only version we have comes from the two men who admitted to doing meth the night of Samantha’s disappearance. I will try to lay it out as we have it. 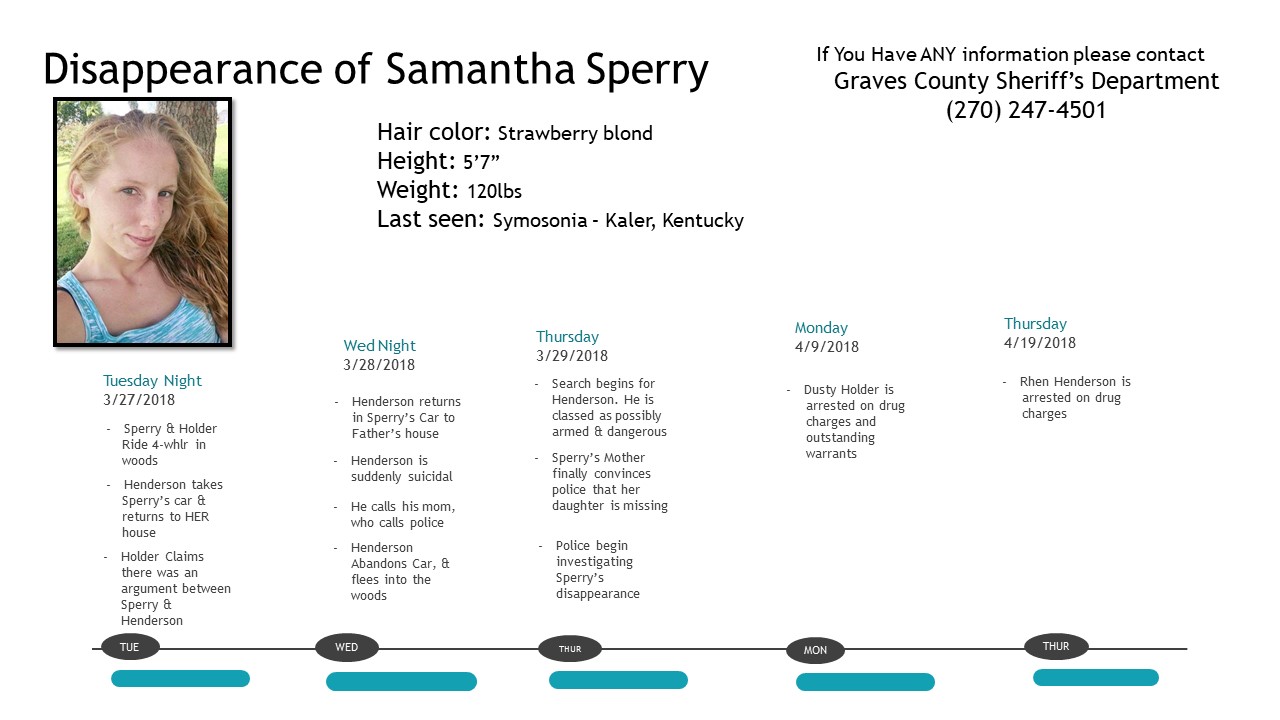 On the evening of Tuesday, March 27, 2018, Sperry and her boyfriend, Rhen Hendrickson visit his father Dusty Holder. Holder claims the two had an argument and Henderson took Sperry’s car and returned to her house for the night. Holder and Sperry rode ATVs through the woods until they became stuck in the mud. For some reason, they decided to stay with the ATVs until sunrise. He claims they kept them running trying to keep warm until they eventually ran out of gas. The next morning, witnesses saw Dusty stumble from the woods soaking wet claiming that he spent the night out there. Samantha Sperry was nowhere to be found and no one called it in.

Wednesday evening, Rhen returns to his father’s place in Samantha’s car and hears the story from Dusty. Rhen suddenly becomes suicidal, calls his mother and tells her this around 7 pm. He drives Samantha’s car about half a mile before abandoning it beside the road. He enters the woods alone. At 7:20 pm, the frantic mother calls police telling them her son is going to commit suicide in the Kentucky woods.

Here’s another strange part of the story. The police call the fire department search team off claiming that Henderson is possibly armed and dangerous. At the time there had been an active shooter situation under investigation and Henderson had ties to that case. The search for the suicidal man wouldn’t begin until Thursday morning.

In the meantime, Samantha’s family is frantically trying to reach her and call in a missing person’s report. Sheriff Redman claimed she was a meth user that had just walked away and she would return. Finally, after spending an entire day focusing on the suicidal man in the woods, they add Sperry to the Missing Persons’ list.

Five days later, Rhen Hendrickson emerges from the woods dehydrated and suffering from Hypothermia. He his taken to the hospital for treatment. The family of Samantha is left to wonder what happened to this young mother.

Samantha Sperry had recently separated from her husband. Police questioned him and the two men who were with her at the time. On Monday, April 9, 2018, Dusty Holder is arrested on drug charges and outstanding warrants. A couple weeks later, Rhen Hendrickson is also arrested on drug charges. Both sit in jail as the community is left to wonder what happened to this woman. Blood was found in Samantha’s home and vehicle and was sent off for analysis. Now everyone waits and wonders.

3 thoughts on “ATV Ride to Oblivion”