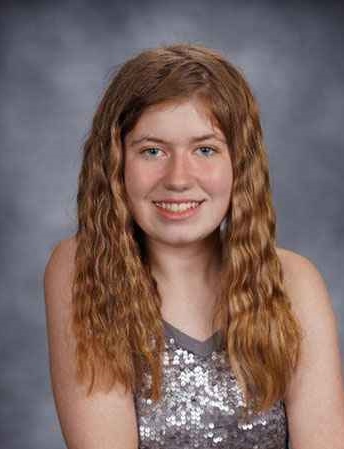 Someone burst into a rural home in Barron, Wisconsin in the early morning hours of October 15, 2018. Neighbors heard something that sounded like two gunshots, and twenty minutes later 911 received a garbled emergency call from Mrs. Closs’ cell phone. When police arrived, the mother was deceased, and the father died shortly after the police arrived. Thirteen-year-old Jayme Closs was missing. Where can this quiet, well-mannered teen be?

There’s a ton of online theories on this case, but the evidence released thus far doesn’t point to any of them. As of today, the parents are deceased, and Jayme is considered missing and endangered. The murder weapon wasn’t found on the scene, and the police are quick to say that Jayme is in no way a suspect in this case.

It’s been eleven days, and hundreds of tips have poured in, and the authorities are checking every one of them. The FBI is offering a $25,000 reward for information that leads to the whereabouts of Jayme.

The family members made an emotional plea for information on October 24th proclaiming their love for their missing loved one. The authorities are looking for two vehicles. Surveillance videos picked up a red or orange Dodge Challenger or Charger and a Black SUV believed to be a Ford Edge or an Acura MBX.

In a small town of 3,500 people, 2,000 volunteers gathered to search for the missing teenager. Unlike other cases, the authorities have kept the searches well organized in hopes of finding the one clue that could save a child’s life. Unfortunately, the searches haven’t yielded the smoking gun everyone was hoping for. Citizens are left to wonder why this happened and how could it have happened in their otherwise safe community. 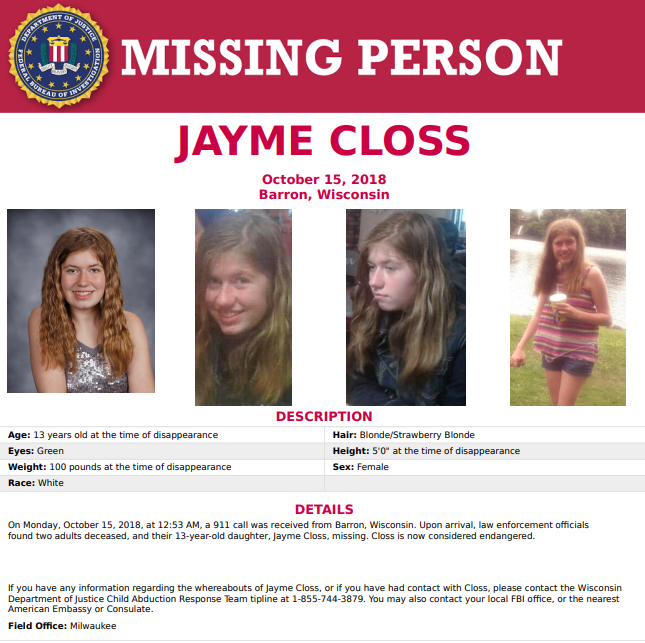