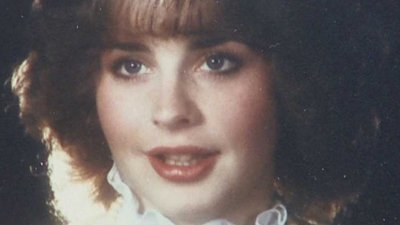 On April 24, 1988, Sandra Bertolas left her family’s home in Menomonee Falls, Wisconsin to confront her ex-boyfriend. Not only did he give her an alias, but he was hiding the fact he was in a long-term relationship with another woman. Frustrated, she told family members that she was going to meet him in West Allis. The 20-year-old was never seen again. Her car was found a few days later abandoned in a bowling alley parking lot.

Sandra Bertolas was pretty, spunky, and smart. She loved makeup, fashion, and was studying cosmetology at the Waukesha County Technical College. Sandra was the youngest of eight children and seemed to have everything going her way until April 1988. She attended the wedding shower of a friend earlier in the day. There, she confided to friends that her boyfriend was cheating on her. To make matters worse he had also given her a fake name.

Family members say she left home around 7 pm. Her boyfriend had called and begged her to meet with him. She finally agreed and told her family that she was going to meet him before she left. When she hadn’t returned by midnight, her father became worried and started calling the local hospitals. Perhaps she had been in an accident. Sandra always called home.

The following June, a tip came in that lead the authorities to Mount Olivet Cemetery. Search dogs were brought in and focused on a 12-foot area around a grave that had been open at the time of Sandra’s disappearance. after getting permission the authorities opened the grave and searched in hopes of finding the missing woman. She was not there.

While many families keep hoping that their missing relatives will be found alive, the Bertolas family firmly believes that their beloved Sandra is deceased. They have a grave plot reserved for her in Saint Anthony’s Cemetery right next to her father’s grave. Her father died in 2010 never knowing what happened to his sweet Sandra.

The family hopes after 30 years someone will come forward with some information that will lead to the remains of their loved one. If you have any information please contact:
Menomonee Falls Police Department
Lt. D. Mueller
262-532-8700

More information on this case: