Sara Bushland stepped off the school bus at the end of her driveway. It was only 200 yards to the safety of her house, but she never made it there and no one has seen her since.

Sara lived with her mother and stepfather on a 65-acre plot outside of Spooner, Wisconsin. It should have been a peaceful place. The large house set nestled among the wooded acres and backed up to a beautiful lake. Surely, the troubled teen could find peace here, right? No. Paradise is only as good as the company you keep, and Sara’s family was dysfunctional and abusive.

Sara’s parents had divorced, and after a while, the teen girl chose to live with her mother and her new husband’s family. Sara stepped into a house full of stepbrothers and a manipulative stepfather. Jim Lambert, a former police officer, was also a hunter and was notoriously hunting illegally. He used his sons to poach deer and trap game illegally. He was a hard man and suspected in several arsons schemes that ended in insurance fraud.

To make matters worse, Sara was a victim of sexual abuse. It hasn’t been stated publically who was victimizing the teen girl, but it is a known fact that she was abused. Over time, she began to believe that’s the way a girl shows affection. This would cause her terrible trouble later when she became pregnant. Her mother & stepfather forced the teenager to have an abortion and then grounded the girl from leaving the house for any other reason besides school.

April 3, 1996, Sara was looking forward to her punishment ending the upcoming weekend. Her boyfriend, Travis, 21 stopped by the school on Sara’s lunch break, and the pair went to a friend’s house. Friends noticed a change in her demeanor when she returned. Her plans for the evening were quickly changed, and she was desperate to find a ride home from school. She claimed she needed to get back before her stepdad. If he read her diary again, she would be grounded for even longer. This story was strange considering her father was supposedly out of town and wouldn’t return until the next day.

Whatever the reasons, Sara couldn’t find a ride home and ended up riding the school bus. She stepped off the bus at the end of her driveway at about 4 pm. Students on the bus noted a dark-colored pickup truck had been following the bus and pulled into the driveway. Half an hour later, her stepbrother calls his dad saying Sara never came home.

The mother immediately returned home and began calling around trying to find her daughter. She traveled to a few places and continued searching. The stepfather didn’t change his plans and just returned home the next afternoon. By then Sara had been missing for 24 hours. Finally, they contact the police. No one knows why, but Sara’s case was classed as a runaway for three full years. The lack of investigation at the beginning was disturbing, to make it worse the local police wouldn’t allow Sara’s father to be involved.

After the case was reclassed as an endangered person, the police began zeroing in on the Lambert property. In 1999, they conducted the first of four searches. After Jim and Marie’s deaths in 2017, the police searched the property again. No information has been released on what was found, and Sara’s father and sister still don’t have an answer.

A book was recently published by Robert M. Dudley. It details this case and has much more information than what can be mentioned here. I will include the link. 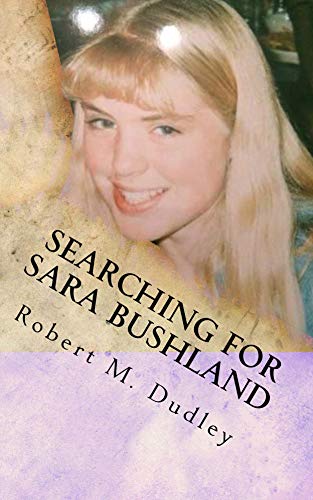 Sara’s sister has set up a facebook page for her that contains even more information and is updated regularly.

If you have any information regarding this case, please contact WISCONSIN CLEARINGHOUSE FOR MISSING & EXPLOITED CHILDREN & ADULTS 1-800-THE-HOPE (1-800-843-4673)