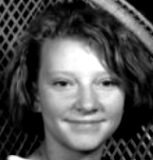 She spent the night with a friend and was never seen again. Police have had a suspect for 26 years, but without a body, justice for 14-year-old Tracy Pickett seems impossible.

It’s a parents worse nightmare and unfortunately, Glenda “Kay” Blaser cannot wake up from it. On August 11, 1992, Blaser agreed to let her daughter spend the night with a friend. Another girl was coming too, and Blaser knew the three girls would have a great time. If she had known who would show up in Webb City that evening, Blaser would have kept her little girl home. Two ex-convicts showed up to the girls’ party. One guy was dating one of the girls, and he brought along a friend named “Al.”

The sun broke over the horizon on August 12, 1992, and Blaser expected to see her daughter soon. Instead of her sassy little girl bounding through the front door, Blaser received a strange voicemail. It almost sounded pre-recorded. The female voice was unfamiliar to the worried mother.

“Tracy is on her way home to change her clothes”

This strange message was sent twice, but Tracy never showed up. Blaser went to the friend’s house searching for her daughter and found Tracy’s shoes in the closet, but didn’t find her little girl. “Al” was nowhere to be found, but witnesses claim he was the one who gave Terry a ride home to get new clothes.

Police discover “Al” is an ex-con named Lowell Andrew Billy. He drove a black van with Oklahoma license plates. The van had louvers down the side windows and boasted two sunroofs. Witnesses say they saw a gun inside. It took police a week to track him down, but by then “Al” had left the state by then. He claimed to have dropped the teenager off in front of a pawnshop in downtown Joplin on the morning of August 12th.

Neighbors claimed to have seen a young girl running down the alleyway screaming “leave me alone,” on the next morning. There was a possible sighting of the van near Carthage, MO. Witnesses say they saw “Al” cleaning out the van around noon, but authorities were unable to verify this sighting.

A year later, “Al” was arrested in Oklahoma for kidnapping and forcible rape of an Oklahoma woman. Police claim Lowell “Al” Billy is the prime suspect in the disappearance of Tracy Pickett, but there isn’t enough evidence to arrest him. “Al” spent time in jail for his crimes in Oklahoma but was released after a few years. He was re-arrested a short time later for failing to file as a sex offender and was incarcerated.

In 2005, police attempted to drain a mining pit in the local area without results. In July 2018, the Joplin police department began searching local ponds following leads on the other ex-con that showed up that night. Ernest “Michael” Hensley was dating one of the girls and was friends with “Al.” Police are looking into the now-deceased Hensley in hopes of finding evidence as to what happened to Tracy Pickett.

If you have any information in this case, please contact the Joplin Police Department (417) 623-3131