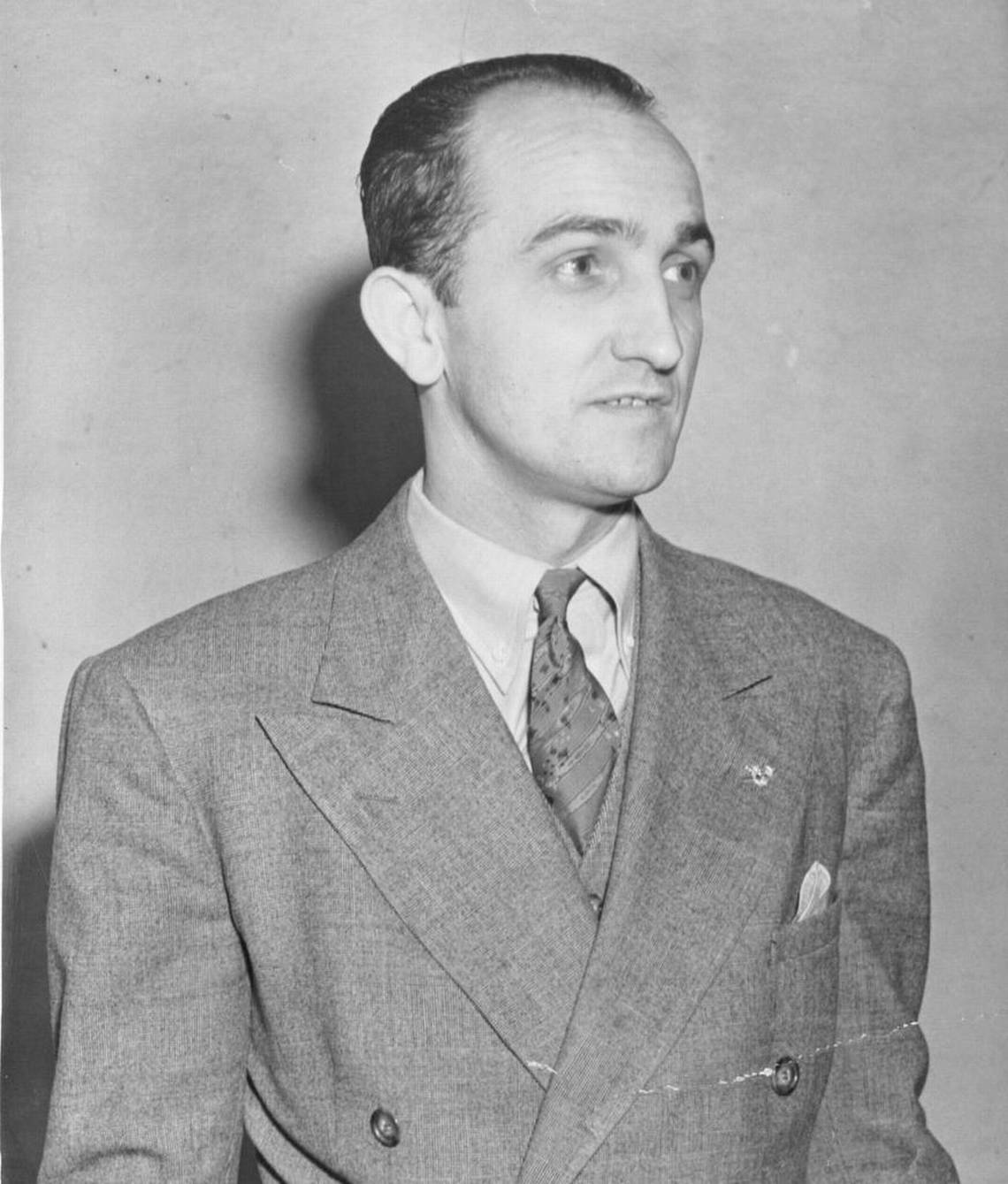 After shooting down a prominent businessman, the killer looked up and gazed at the people in the factory windows. Why would a hitman do this? Was he confident, arrogant, or was he backed by the Mafia and knew he was untouchable? Whatever the case, Wolf Rimann lay dying in his car, and the killer got away. Seventy years later we have a full description of the killer, but no arrests.

Wolf Rimann, 43 was a marked man. He had been warned. Perhaps he thought he was too powerful in Kansas City to be taken out so easily. Rimann was a Deputy Sherriff in Jackson County. He was neck deep in corruption and thrived. Rimann was a golf professional and the manager of the Hillcrest Country Club. He also owned the Western Speciality Company which supplied jukeboxes and pinball machines to area businesses. Rimann was known to slip a few strategically placed slot machines in as well. It was a well-known fact that Rimann would use his badge to force tavern owners to install his slot machines. If the bar owner refused, Rimann would decide to enforce the county’s
“dry” laws and shut the bar down. At one point there were four other officers on Rimann’s payroll for this sole purpose.
The local Mafia kingpin, John Blando had exclusive rights to the Schenley Liquor products and was making a boat-load of money on the deal. Rimann decided he wanted a piece of the action and bypassed Blando. He went directly to New York and was given permission to sell Schenley liquor. This obviously upset Blando, so he sent word for Rimann to back off, but Rimann refused and continued to stock a warehouse full of the product.

On March 24, 1949, Wolf Rimann was walking towards his car on the corner of 14th & Chestnut when a black Ford peeled around the corner. One man stepped out and stood as a century. Another man stepped out firing a pistol. Rimann was riddled with bullets as he opened the car door. He slumped across the front seat of his car as the shooter approached. The hitman’s final bullet met its mark in Rimann’s skull. Then the killer did something very odd. He turned and looked at the factory windows full of witnesses exposing his face to the crowd. If this were a Hollywood film, he probably would have tipped his hat. After the strange moment passed, the two men jumped back into the Ford and raced away. 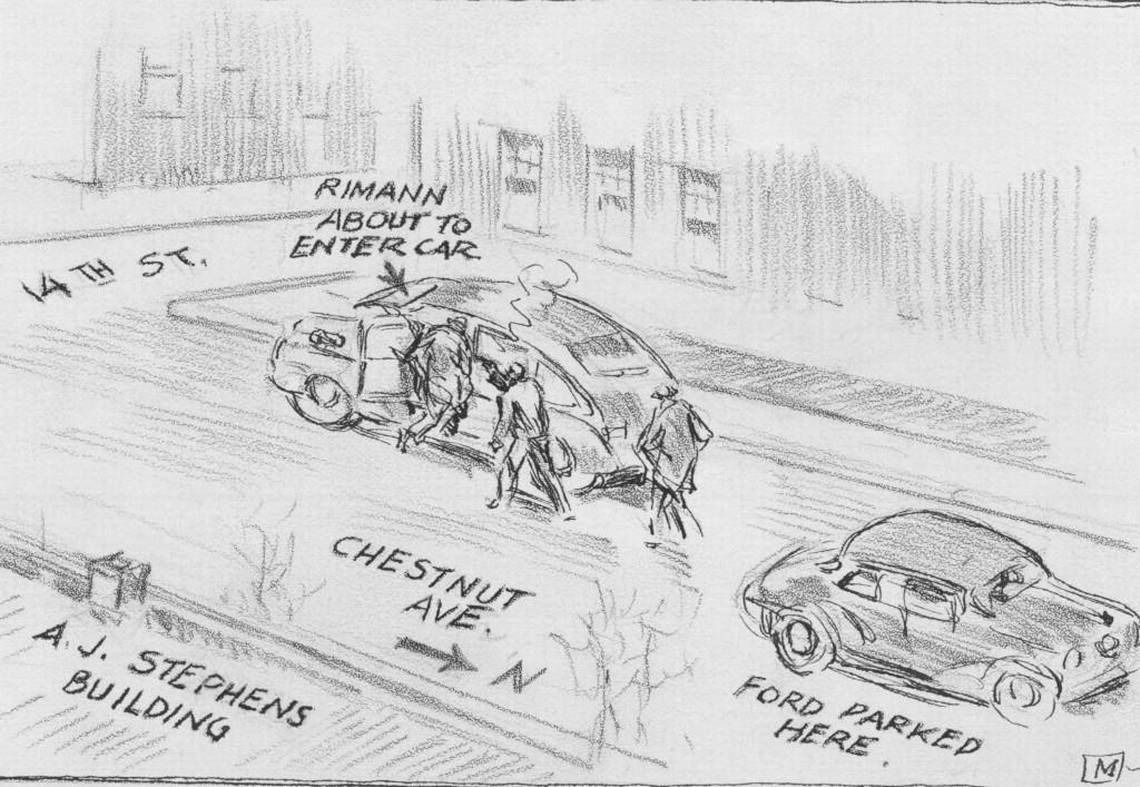 The sketch above says the Ford was parked, but early reporting of this case say the Ford never stopped and the two men who exited the car had to jog to catch back up to it. The getaway car was found ten blocks north of the crime scene. The vehicle was traced back to a St. Louis car dealership. It was recently purchased by an Italian man claiming to be from Denver. He paid with cash and asked to borrow a couple of license plates. He never picked up the car title. He apparently had other plans for the car. The mysterious Italian was never found.

After his death, Rimann’s illegal business dealings came to light and exposed how deep the corruption had become in Kansas City. Although the case was never solved, the Kansas City Crime Commission was formed because of the murder of Wolf Rimann. Everyone knows the mob killed Rimann, but the triggerman was never found, and the crime boss of K.C. was never convicted of hiring the hit.

All photos used in this article are from the Kansas City archives. I do not own the copyright on any of these and no infringement is intended. This article is for informational purposes only,

Don’t forget to sign up for Synova’s Weekly True Crime Newsletter and receive her Grim Justice ebook for FREE.