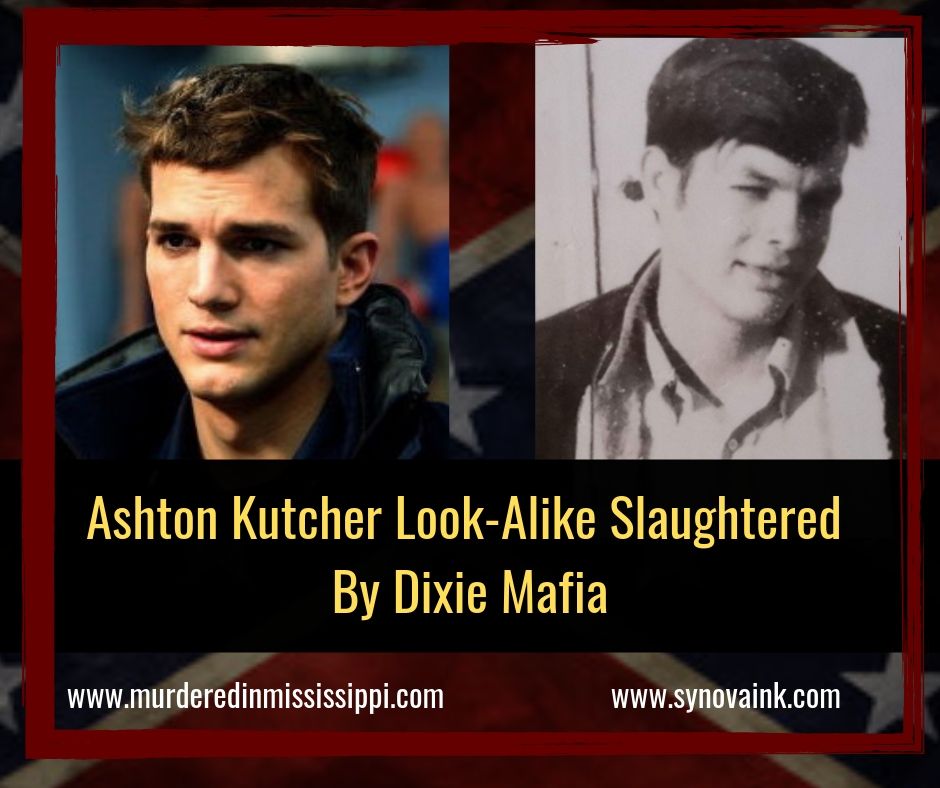 A disabled boy is used as a pawn in a sadistic game and then slaughtered. A suicide is staged. Fifty-one years later, his sister still cries out for justice.

Unlike his handsome Hollywood look-alike, Ronnie Anderson was tragic from the beginning. At the age of three, Polio ravaged his legs, leaving him dependent on leg braces to stand and move. He was a beautiful boy looking for love and acceptance but found it hard to find friends. While they were all outside playing, he would sit in the window and watch. This picture of him crying for fellowship with his peers still haunts his sister five decades later.

At the age of 17, Ronnie decided to move out of his father’s house and share expenses with an older boy. He got his first job working at McDonald’s, and it seemed as if life were about to begin for this lonely polio victim. If he could have only seen into the future a few months, he would have stayed home with his dad.

Unfortunately, the poor guy was in such need of approval; he became an easy target for malicious predators.

A phone rang at Sheriff Buford Pusser’s house in the early hours of August 12, 1967. It was a simple drunk and disorderly call, but his wife Pauline didn’t want him to go alone. Ever since Buford killed Louise Hathcock, he had been receiving threatening calls. One caller claimed, “the sheriff would be hunted down like a dog and shot.” An article in the Daily News would go into more detail about those threats. Unfortunately, by then, the slaughter had already begun.

Buford & Pauline Pusser drove out to the scene expecting a few drunks to be causing a ruckus. What waited for them in the shadows behind the church was more violent, and Pauline Pusser was the target. (This wouldn’t be known until recently when an anonymous witness came forward with information.) The sheriff had stepped over a line when he killed Hathcock and now Towhead White was going to avenge the death of his lover. White was in prison, but he had plenty of associates to handle the job. One such associate was Kirksey Nix, and another happened to be the roommate of Ronnie Anderson.

The original plan was to have “the little crippled boy” (or so he was referenced to by this witness) to knock on the door and lure Pauline out of the house. The crew of killers would take care of the rest. Of course, Ronnie had no way of knowing what would happen. The plan was changed when they saw Pauline get in the car with her husband.

Once the sheriff’s car passed the church, the murder-wagon pulled out behind them. (Some reports claim there were two dark-colored cars, and others claim there was one. I could not find definite proof of two cars although I have a pretty good idea what happened to that dark-green Cadillac a few weeks later.) As the car of thugs caught up to the sheriff, a passenger opened fire upon the Pussers with a .30 caliber automatic rifle.

Pauline was hit in the head and slumped down in the seat next to Buford. He ducked instinctively and slammed on the gas pedal. The car lurched forward, and he struggled to keep it between the ditches. The firing squad followed hard, but a couple of miles down the road it looked like the rugged sheriff had lost his tail. He was wrong. Buford had pulled over to check on his wife when the firing squad emerged out of the darkness and the onslaught of ammunition peppered the police car once again.

A bullet slammed into Buford’s jawbone, causing it to explode, and he slumped over in the seat. The mighty 6′ 6″ former wrestler was down for the count. Silence filled the pre-dawn air around the car. His attackers were gone. As mental clarity returned to the dying man, he mumbled a call for help into the police radio. Blinded by blood and fueled by rage, the sheriff drove himself to the nearby hospital, but it was too late for his beloved Pauline.

Life in McNairy County would never be the same.

Bloodlust was in the air, & revenge was coming.

Buford Pusser was wheeled into the emergency surgery. He would undergo a dozen of them over the next 18 days of torment. His detractors railed on him for missing his wife’s funeral, and they still do to this day. The original newspaper articles claim he was still in the hospital during the funeral. Buford Pusser was a roughneck, backwoods, in your face type of sheriff, but something changed within him during those weeks in the hospital. He went in a controversial lawman, but he came out looking for blood.

Can you blame the man for wanting to avenge the slaughter of his wife?

At first, Buford claimed to know his attackers and even named a few names, but by the end of his recovery, he had changed his story. Was the trama too much for him, or was he going to exact his own revenge outside the confines of the law? Lost in this cruel game of vigilante justice was the murder of the pawn.

Back at home in Gulfport, Mississippi, Ronnie Anderson had gotten an invitation to stay a few days with his older sister Phyllis. He was excited to go and desperately wanted to get away from the terrors of his roommate. He was last seen packing and ironing his clothes. Within an hour, he was dead.

“Ronnie tried to kill himself.”

Dan rushed to the hospital only to be met in the waiting room by his ex-wife. (Rose also happened to be the roommate’s aunt.) She explained that Ronnie had died from a gunshot wound to the face. It didn’t make any sense. How could all of this happen within an hour or so?

Ronnie fought with his girlfriend Cathy, so he walked upstairs and shot himself in the face with a .410 shotgun.

Story #2:
Ronnie and his roommate had just returned from buying Ronnie some “deck shoes” when a friend stops by with two guns. The .410 was supposed to be missing a firing pin and was inoperable. Somehow this was a terrible mistake, and Ronnie’s death was from an accidental shooting.
Problems with both theories:

As you know, Ronnie was a polio victim in a bulky leg brace. This disease also left him with one leg quite a bit smaller than the other one. So, buying shoes was a complicated process. First, he had to purchase two separate pairs in different sizes, and then they had to be sent to his doctor to have them fitted with special plates to hook to his braces. There was no way Ronnie could wear so-called “deck shoes” in the first place.

Also, supposedly, Ronnie placed the gun between his feet and pulled the trigger to shoot himself in the face. With his reduced strength in his legs and feet and the brace, this would be impossible. Ronnie couldn’t hold anything between his feet.

Why didn’t anyone call the police? Instead, the roommate called his aunt, who washed Ronnie, got rid of the weapon and then took him to the hospital. Of course, the poor boy died in route. He never had a chance.

The night before the funeral, Phyllis was so distraught with grief her doctor prescribed sleeping pills to help her rest, but the nightmares continued. A once beautiful boy stood headless outside her bedroom window banging trying to get in. Phyllis tried desperately to pry open the glass, but it wouldn’t budge. This reoccurring dream would haunt her for years.

During her tormented slumber, a woman calls the house frantically asking to speak with Phyllis. Her husband refuses to wake her and ask to take a message. The woman refuses but finally, she breaks down and says her name is Cathy.

After the funeral, Phyllis took all her theories to law enforcement, but they refused to class the case as anything other than suicide. Her father, Dan Anderson worked as a deputy in the area and knew of the corruption, but found his hands tied. What was he to do? They had killed his son; now, his daughter was in their sights if he dared to fight it. Every time she called into the police department, Phyllis would receive a call from her dad immediately afterward.

“Leave it alone before you get someone else killed,” he demanded on one such call.

At this time no one, including Phyllis, had even heard of the Dixie Mafia. Fifty years later, a witness stepped forward, claiming to know the truth about Ronnie’s death. In reality, he was lured to the docks, beaten to death by a group of guys, and his roommate shot him in the face to stage a suicide.

When will his blood be avenged?

Next week we will dive deeper into Buford Pusser’s revenge as the Dixie Bloodbath continues.

Wrath of the Dixie Mafia