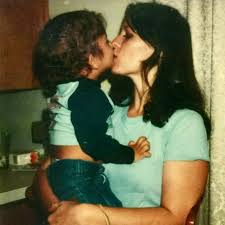 Her body was found under the Christmas tree on Christmas morning 1980. Cheryl L. Springfield had been beaten, sexually assaulted, and strangled with the cord from a clothing iron. When her ex showed up with presents for their child, he found the toddler crying in the other room and a horrid scene under the tree. Who would do such a thing to this young mother?

Cheryl Springfield, 21 was recently divorced and lived in a house with three other girls, her child, and one other baby. One of Cheryl’s roommates was a woman named Cindy, who happened to be the sister of her ex-husband. On Christmas Eve, Cheryl attended a family Christmas party before returning home with her son. Her mother dropped them off at the house on Whitter street, never knowing the horrors that lay ahead for the young mother.

Around 6 am Christmas morning, Scott Springfield arrived at the home with presents for his child. The couple had recently divorced but were on friendly terms. They had married at a very young age, and the strains of parenthood and financial woes were more than Scott could take. They divorced, and shortly after Scott would regret the decision to end their union. The couple were working on things and had planned to make Christmas morning special for their child.

As Scott entered the house, he noticed someone lying under the Christmas tree but thought one of the girls had just gotten drunk and passed out. What immediately drew his attention were the cries of his child from the bedroom. He entered the room to find his son sitting in bed alone and his ex-wife not there with him. Dread began to wash over the man as he walked back into the front room. Nearing the body, his fears were realized. It wasn’t a drunken woman. It was the beaten corpse of his lovely Cheryl.

She had been beaten, sexually assaulted, and strangled with a cord from a clothes iron. Her nude body had been left near the foot of the Christmas tree. Sick with grief, Scott hurried back to the bedroom and called the police and family members. Friends came and took the toddler out of the house while the police conducted their search.

Of course, in these cases, the ex-husband is always a suspect, but Scott Springfield was quickly cleared. Who then, could have done such a thing? The family believes they know the answer. Barry Dean Kelly.

Barry was Cindy’s boyfriend and to say he was a predator would be an understatement. Barry and Cheryl couldn’t stand each other, and the family began to suspect the man rather quickly. Unfortunately, there wasn’t enough evidence to charge the man. No one could even place Barry Kelly at the scene of the crime. Standing for her man, Cindy found herself alienated from her own family when she chose to marry Barry a few years later. This mistake would eventually make Cindy question herself on many levels.

The marriage was built of turmoil and would end within a year of its beginning. During this time, Cindy began to fear her husband and reports of one instance where he forced her to let him tattoo his initials on her hand. She claims he didn’t put the gun to her head, but it was sitting on the table next to him as he branded her with a homemade tattoo.

Shortly afterward, Cindy filed for divorce and ran to her mother for help. She then found herself hiding out in her mother’s house out of fear. One October day in 1980, Cindy makes a quick run to the store only to be followed by her ex. He grabs the poor woman and forces her into his car. Barry took her to a wooded area nearby and terrorized her for a few hours. When Cindy finally convinces him to let her go, she runs to the police.

Cindy was unaware of Barry’s recent activities when the police showed up on her door, asking questions. She would later learn that Barry had kidnapped, sexually assaulted, and murdered an elderly woman. Her name was Melva Teems. He had stolen her truck and drove it for a while. He also pawned some of her jewelry to get enough cash for a down payment on a vehicle. Later he abandoned her truck.

When the police found Melva Teems’ body, they found she had been strangled with a piece of cloth torn from her shirt. Investigators noted the knots used to kill Teems were the same type of knots used in the murder of Cheryl Springfield seven years earlier. Barry was seeing Melva’s daughter on the side, and Cindy wasn’t aware of the affair. It is unclear if this relationship was active during his short marriage, or if he had picked up an old flame after Cindy filed for divorce.

Barry Kelly was eventually convicted of the murder o Melva Teems and the kidnapping of Cindy. He would receive life in prison. Unfortunately, the police still couldn’t pin Cheryl’s murder on the known killer. Barry meanwhile vehemently declared his innocence in both cases despite overwhelming evidence in Melva’s murder. Strangely 37 years after Cheryl’s murder Barry reached out to cold case detectives saying he had information that would solve the case. Investigators traveled to his location to interrogate the inmate. Come to find out, Barry wanted a few jailhouse amenities, and when the officers couldn’t provide them, he refused to talk to them.

What was Berry Kelly going to tell the investigators? If he has proclaimed his innocence for nearly four decades, why would he re-insert himself into the murder investigation? What happened to Cheryl Springfield?

If you have any information that would help solve Cheryl Springfield’s case, please contact Fort Worth Police Department’s Crime Stoppers Hotline at 817-469-8477.

THIS LIST OF LINKS IS NOT AN ALL-ENCOMPASSING SOURCE CITING. ALL OF THE INFORMATION USED IN THIS ARTICLE CAN BE EASILY FOUND ONLINE. LINKS BELOW WERE USED AS SOURCES AND ARE RECOMMENDED READING FOR SYNOVA’S READERS. SYNOVA STRIVES TO CITE ALL THE SOURCES USED DURING HER CASE STUDY, BUT OCCASIONALLY A SOURCE MAY BE MISSED BY MISTAKE. IT IS NOT INTENTIONAL, AND NO COPYRIGHT INFRINGEMENT IS INTENDED.

All photos were taken from Cheryl Springfield’s Facebook page with permission from the Administrator.

Out of the Cold – Deanna Boyd

This week’s Recommended Reading:
She Said: Breaking the Sexual Harassment Story That Helped Ignite a Movement

The Life and Times of Frank Balistrieri: The Last, Most Powerful Godfather of Milwaukee

If you enjoy this content, don’t forget to sign up for Synova’s Weekly True Crime Newsletter. You will receive exclusive content directly in your inbox. As a gift for joining you will also receive the Grim Justice ebook free.